The Green Book, Neverland, and the Possibilities of Tainted Art 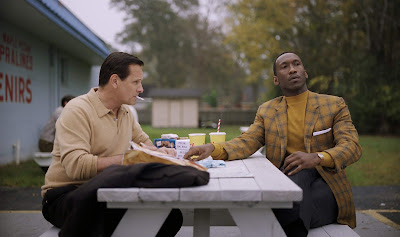 These questions have dogged us ever since Wagner and Homer were unpacked by twentieth-century social critics, and they've come up again this month. Green Book won the Oscar for Best Picture, and Michael Jackson's music has been taken out of rotation by some radio stations in the wake of the damning documentary Leaving Neverland.

Green Book is an interesting case. It's a film about an Italian-American bouncer, Tony Vallelonga,  who takes a job driving a black classcial pianist, Don Shirley, around the South on a concert tour. In its favor: It's well-intentioned regarding race, it features two fantastic performances by Mahershala Ali and Viggo Mortenson, and it's funny as hell. But it makes the white character the star; it has a bit of a fairy tale quality to it in how well the two soon get along; it's perceived by many black people as condescending; and, it is alleged, it makes racism seem like a problem that can be solved by people getting to know each other and being friends.

I'm aware that the movie offends many black actors, movie makers, and audience members. And really, they are better judges of its offensiveness than I am. I'm aware, too, of how many black intellectuals have asked that white people, even allies, just kind of shut up and listen rather than jumping into the fray with their opinions and dominating the dialogue. Ultimately I like giving my opinion too much to do this, but I do acknowledge the secondary worth of my reactions here.

I would not have given Green Book Best Picture, but it is a very well-made film. Acting, plot, pace, wit . . . there's a lot to like. The script was written by the white character's son, so it's hard to fault it for telling the story from his perspective. While the movie focuses on the growing friendship between the two men, I don't think it posits personal friendship as the solution to racism. The trip through the South reveals all sorts of embedded nastiness, some of which is only "solved" because Shirley has friends in powerful places. His fame and talent are enough to rescue him from the worst outcomes (being taken in police custody) but not all of them; he is still forced to use an outhouse at one concert venue and is barred from the hotel's dining room at another. The white managers of these places sometimes try to downplay the insult and sometimes take a nasty satisfaction in holding the line against an acclaimed black man. The film portrays Shirley as gay, which adds another layer of difficulty to his journey, and he's portrayed as someone in limbo, not quite fitting in any social world. He doesn't connect to traditional black culture (the much-maligned fried chicken scene), he's humiliated within the white world of high-brow art, and his gayness puts him in a further vulnerable position within both worlds.

Critics denounce the film as a white-savior narrative, and defenders argue that the two characters instead save each other. Vallelonga exposes Shirley to the joys of the low brow, and Shirley opens Vallelonga's eyes to the finer things, as well as to the humanity of a black man and the difficulties of racism. Here's a link to a podcast that argues that this dynamic was real, the two enjoyed each other, that Shirley felt he "improved" Vallelonga, and that Vallelonga was genuinely changed by his year and a half chaffeuring Shirley through the South. 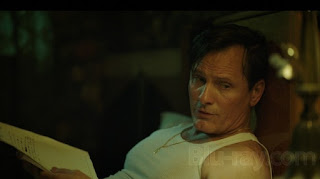 But while their friendship appears to have been real, the movie fails in portraying an equal friendship. When the movie starts, Vallelonga is in a bit of trouble when the nightclub he works at closes, his prospects are shaky, and he is upset when his wife allows two black workmen into their home (he throws away the two glasses that the men drank from when his wife offered them some water). Don Shirley, on the other hand, is esconced in his grand apartment above Carnegie Hall. He's dressed in robes and sits on a kind of gold throne while he interviews Vallelonga for the chauffeur job. There's a bit of African king to him here, presiding over a luxury apartment and his eclectic possessions.

By the end of the movie, Shirley seems a bit beaten down. He has declined in status in a way, being caught with another man and being so consistently saved by Vallelonga in his travels. He comes home to an empty apartment and eventually accepts Vallelonga's invitation to come to his house and meet his large, talkative, fun Italian family. While the "saving" may have gone both ways in the film, by the end it has taken a turn. Where are Shirley's friends? Where is the vulnerability on Vallelonga's part? Where is the scene that shows Shirley giving Vallelonga something that only he can give, that puts Vallelonga in the role of grateful recipient? 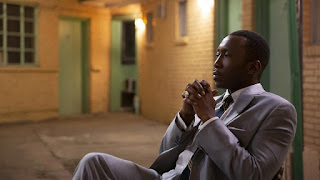 This sense of imbalance is heightened by the fact that, while Vallelonga's attitude toward black people genuinely changed as a result of his year and a half with Shirley, this transformation is shown to occur really, really quickly and easily. He takes to his role as a subordinate to Shirley rather easily and, once they hit the road, he's shown as open, friendly, and even compassionate. This is less white savior than Cinderella. Vallelonga's racism seems to disappear with the wave of a wand. It's unfortunate that some tone-deafness in these couple of scenes compromised the film.

As I've gotten older, I've focused more on what is good and interesting in a work of art than what is bad or what fails. You can be aware of failings without them filling the whole of your vision of what a work of art is. Until, that is, they are so big and glaring that they do fill your vision. When that might happen is a post for another day, but it's certainly different for different people.

This is a question, too, for the music of Michael Jackson after the release of the documentary Leaving Neverland. I never had any doubt that Jackson was a pedophile but many have been newly shaken by the testimony of the two men featured in the documentary. I find I can listen to covers of Jackson's music without a whiff of guilt or discomfort, but it's been years since I've deliberately listened to Jackson himself. Jackson designed his entire life around the abuse of boys, from his gloves and his skin color and his resculpted nose to his sequined toy soldier dress and his Neverland Ranch. He insinuated his way into families, married to cover his tracks, developed an entire mythology of himself as lover of children, lover of peace, ambassador to the world, and it was all—every bit of it—a cover for heinous acts of child abuse. If you haven't seen it already, the documentary is a must-watch. I also recommend highly the article on pedophiles published by the Baltimore City Paper in the 1990s. If I can find a link online, I'll post it.
Email ThisBlogThis!Share to TwitterShare to FacebookShare to Pinterest