Longbourn and the Art of Stealing 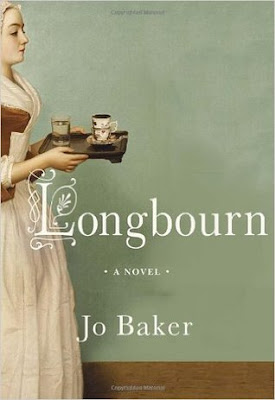 Longbourn is a 2013 novel by Jo Baker that revisits the world of Pride and Prejudice from the point of view of the servants, principally the young housemaid Sarah. (Note: Spoilers, mostly of a vague kind, follow.)

I've always been hostile toward works that feed off other novels. I've never read Wide Sargasso Sea, the alternate history of Jane Eyre, my favorite novel. I eschew the mountains of detective spin-offs in which, say, Jane Austen herself or Sherlock Holmes's imagined wife is the detective. But a trusted reader-friend loved Longbourn, and I decided it was time to move past my prejudices and stretch into a literary discomfort zone.

First things first: Longbourn is a fantastic novel. The writing is wonderful on a line-by-line basis (something that even Austen wasn't that good at). Every single page is worth reading for its detail, vividness, cleverness, and insight.

But the novel as a whole is subversive. It takes something given (in this case a work of art) and uses it to communicate or value something other than originally intended. Subversion refers to acts intended to destroy an established system. In this case, that system is the one that Jane Austen created in Pride and Prejudice—and elite literature created as a whole. This system is often labeled bourgeois, in which these conditions prevail:

* The experiences of certain classes are attended to, while other classes are unexamined.

* The experiences of certain nations or ethnicities are attended to, while others are marginalized.

* Personal conflicts are attended to, while labor, the material bases of existence, and the sufferings of others—history, in other words—are erased.

Baker approaches this task in a couple of ways. First, the protagonists are all from the servant class. Sarah is the principal character, but others include Mrs. Hill, the cook; James Smith, the footman; Polly, a young girl working at Longbourn; and Ptolemy Bingley, a black former slave from the Bingleys' estate in the Caribbean now working for the Bingley family in England. (In the Austenverse, the source of families' wealth is elsewhere touched on only in Patricia Rozema's film adaptation of Mansfield Park.) The protagonists from Pride and Prejudice appear as side characters. Baker does a beautiful job of using the timeline of the original novel while keeping the servants' stories as the driver of the plot.

Second, the physical labor demanded of the servants in the initially idyllic world of Longbourn is insisted upon. This includes the servants washing out menstrual stains and chamberpots; a boy who has ridden through the night to deliver a letter to the Bennets; a footman waiting outside of a ball on a hard plank in the cold. The return of Baker's eye to the labor and suffering of those who make the upper class's lives possible is relentless. And Baker pointedly includes not just general work but work related to some of the most beloved elements of the original novel. For example, she takes aim at Elizabeth's love of long walks tromping across fields—and to readers' love of this trait in Lizzie—with the line: "If Elizabeth Bennet had the washing of her own petticoats, Sarah often thought, she’d most likely be a sight more careful with them."

Third, Baker highlights how the emotional drama of the servants' lives is as vivid and important as that of their employers. We see a man finding a way to be homosexual in a closed society; a woman dealing with heartache and no resources to comfort herself; a young girl vulnerable to the depredations of a privileged man; and most of all, we see the servant Sarah in love and we feel the absolute necessity for this love to succeed, just as we do in Pride and Prejudice. But to the rich personal lives of the servants another layer is added: how dwelling on their personal lives and acting on their emotional needs are luxuries they can't often afford.

Finally, Baker employs a kind of historical probability to the Bennets' treatment of their servants and other matters. This feels tricky since she is now not only adding new characters to the story but creating facets of the original characters' personalities that Austen didn't intend (best case) or positively rejected (worst case). In one scene, Sarah, desperate for news of the footman James Smith, approaches Col. Forster to ask if he has heard any news of him. Col. Forster is appalled that a servant would dare to approach him and dismisses her heartlessly, dramatizing the gulf between the tremendous needs of the lower class and the upper class's refusal to extend the smallest effort to relieve them. It can be argued that this would be a normal reaction in that social world, and Austen certainly doesn't paint a completely enough portrait of Col. Forster to make it incompatible with his character in Pride and Prejudice. I don't think the same can be said of Lizzie Bennet when, as a newly married Mrs. Darcy, she is not only insecure and alienated from Darcy but unfeeling and even cruel to Sarah as a result.

This casual cruelty of the upper classes, the refusal to give a second's thought to the harm they do to others, was poignantly rendered in E. M. Forster's Howards End. The wealthy Wilcox family is responsible for poor Leonard Bast losing his job, a loss that devastates his fortunes and his ability to provide for his pregnant companion, but the Wilcoxes reject any responsibility for their life-destroying carelessness. It's a plot line that I've always admired and a theme that is important to me. But it feels different when when an author is lassoing and distorting someone else's creation to do it.

Bringing to light the material bases of life and the people who are indispensable to it is more than a good thing. Artists throughout history have done this, but it feels like an especially modern project, to bring everyone into focus and to unmask the full circumstances of our world. Books like Longbourn are testimony to something noble in our modern consciousness. An allegiance to the full truth and the recognition that you can't be virtuous if you don't acknowledge social injustice. That's why, on its own, I love Longbourn.

But Longbourn doesn't exist on its own. I doubt that anyone who has read it will ever be able to read of Lizzie tramping across the fields to Netherfield without thinking of those petticoats. Longbourn intrudes, possibly irreversibly, on Pride and Prejudice the way that a film adaptation intrudes on a novel. A reader can still enter the novel's world but the film always colors it just a bit.

I admit that my own bourgeois sensibility bristles at this (I like my pretty love story and don't want the characters changed), but I think there are legitimate reasons to object. Much of literature has elements of fantasy, and I would defend this. If labor is erased from Pride and Prejudice, it is in Harry Potter as well; in fact, Harry Potter is a world where labor has been rendered completely obsolete because of magic—there can hardly be a more complete erasure than that. Perhaps ignoring labor can be a matter of focus rather than masking. Longbourn's setting in the past rather than the current day is a masking of its own. It's not, after all, the story of a London writer going about her business while children in Asian factories assemble the iPhones she uses or poor workers in India, in horribly hazardous conditions, disassemble the container ships that delivered her electronics to England. Why pick on Jane Austen and not ourselves?

In spite of Baker's dedication to realism, she creates an out for Sarah and her lover, a way to be neither servant nor master, a "third way" that is one of the great fantasies in literature. It's most evident in novels like The Lord of the Rings and Philip Pullman's The Golden Compass. In these novels there is almost always some class of creatures that is presented as unaligned with good or evil and only concerned with their own sovereignty. In The Lord of the Rings, it is the eagles—fiercely independent and beholden to no one. In The Golden Compass it is the Gyptians—fiercely independent and, um, beholden to no one. It's a lovely idea, that when you are trying to be good and the forces of evil are at your tail, there is someplace or some people outside the arena of conflict who will provide safe haven. In a strange way, the life that Sarah ends up living feels very much like one of these places.

Obviously, reading Longbourn was a conflicting experience. On the one hand it espouses values that are cherished to me. On the other hand it does so at the expense of someone else's labor and imagination. In interviews Jo Baker affirms her love and admiration of Pride and Prejudice, but it's hard not to read hostility into the way every character is re-formed: sympathetically for Mrs. Bennet and Lydia and not so sympathetically for Lizzie, Jane, and Mr. Bennet. Nonetheless, this is a moving, truthful novel that, if one is going to allow for stealing, manages the art of stealing beautifully.