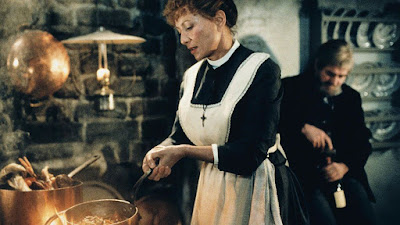 Grounded by surgery, I spent Thanksgiving eating burgers and watching Babette's Feast, which I had not seen for many years. I first saw it in the 80s, during the heyday of foreign films in art houses, before their screens were taken over by the American indie wave of the 90s. Although some shots seem overly obvious now, it still has its magic. 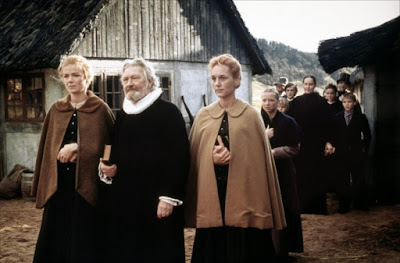 The story is of a pair of spinster sisters in 19th-century Denmark. They live in a tiny village where their father was the leader of a small congregation. We see them in flashbacks as young women, passing by the opportunity for love in order to care for their father and his flock. Now they are old women, bringing soup to the infirm and trying to keep their increasing querulous congregation in a state of grace and harmony. One day a woman arrives on the doorstep from Paris, fleeing political persecution. She has nothing, is cold and homeless, and the sisters take her in. A note from a long ago acquaintance asks them to welcome her, mentioning that she can cook. 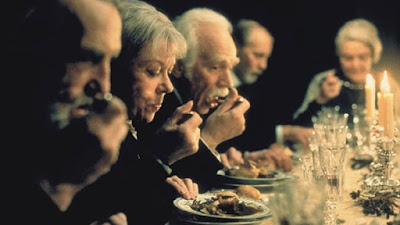 To say more would ruin any first viewings, but there is a feast, of course, heralded by the title, and it brings moments both comic and poignant. The movie touches on themes of loss, ascetic and self-indulgent tendencies, and the evanescence of both beauty and pain. Most of all, it offers slow art, which we are so in need of. To reap its rewards, you have to sink into the film's own rhythm and timeline—which turns out to be a lovely place to be.