The Joshua Tree, U2 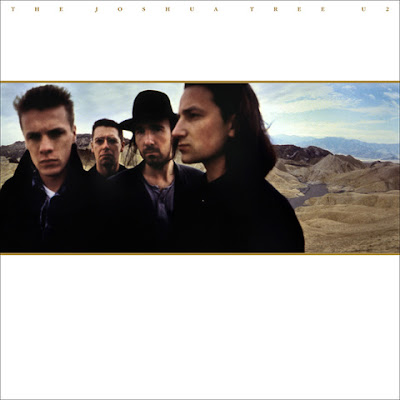 I played his album obsessively when it came out in 1987. I listened to it recently for the first time in probably 25 years, and I love it even more. It's complex and poetic—my favorite combination in music.

The last song on the album, "Mothers of the Disappeared," has always been a favorite. It refers to the group of mothers and grandmothers who started protesting daily in front of Argentina's Casa Rosada, the presidential residence, to find out what happened to their sons and daughters who were "disappeared" during Argentina's "Dirty War" in the 1980s. During this time, the military government would come for young people who opposed the regime and they would never be heard from again. Much later we learned that some had been tortured and killed, some dropped from airplanes, young pregnant women kept alive until they gave birth—blindfolded and in silence—and their babies taken away from them. Two good movies about this time period and the aftermath are The Official Story and Captive (Cautiva).

Here are Bono's lyrics to "Mothers of the Disappeared":

In the trees our sons stand naked
Through the walls our daughters cry
See their tears in the rainfall.


We live in a political moment when right and wrong, compassion and justice, are openly dismissed as immaterial, risible at best and tyrannical at worst. Since the 1960s liberals have incessantly demanded we right our wrongs—to pay attention to race, the environment, the effects of our foreign policies, to the poor. 2016 felt like a revolt against the psychological pressure that this moral responsibility was exerting, and those who have revolted are glorying in their freedom. How nice to be able to boast about one's whiteness, to dismiss responsibility for the suffering, to be cruel and not feel ashamed of it; this, for some, is a liberating state.

The revolting right wing fancies itself strong and daring, the new punk, the heirs to Howard Roark and John Galt. But it's just weakness, being unable to tolerate the discomfort that conscience and knowledge bring.

Taking care of each other is all that we are here for. Those young people in Argentina had lives, parents who loved them, dreams, and something really terrible happened to them. The experience and memory of suffering are sacred. This song . . . this is what we are supposed to be.