Water on the Rock, Boughs Shaken on a Tree 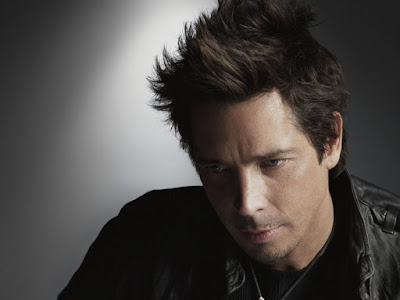 Suicide is nearly incomprehensible. Wanting to end pain, whether psychic or physical—and they both can feel unbearable—we understand. Putting your loved ones in that hurt locker like no other . . . we can't.

Chris Cornell was the last celebrity I would have expected to kill himself. He had talent, a creative life, and a family he was very close to. Like Eddie Vedder, he seemed to have emerged into a mid-life that was healthy and happy while still being a compelling artist.

We don't know what was going on with him leading up to his death, and it's possible that his death was the result of a prescription drug related state rather than a truly deliberate suicide. But two artists have helped me make sense of at least the idea of suicide this week.

One is the singer-songwriter Sara Groves, who wrote a song about addiction called "On Your Mark." (Listen to the song here.) These are the lyrics that struck me:

Soft water wearing down hard rock is a well-used analogy, for good reason. The relentless pressure of bad thoughts can wear down even the strongest rocks of our lives: love, children, hope, reason, even the fun and thrills and small delights that light up existence. This is the power of time.

The other artist is John Knowles, who wrote the high school curriculum classic A Separate Peace. If you haven't read this short novel, you may want to skip the rest. In the novel, the teenage protagonist makes a split-second decision that has terrible repercussions. Simmering with resentment at the annoying good fortune and charm of his best friend, he has an impulse to shake the bough of a tree that his friend is perched on. This friend, this golden boy, falls to the ground and breaks his back.

The frailty of the human body has always seemed one of the best arguments against intelligent design. Who would design a body that, if deprived of air for a minute or two, expires? That can be destroyed by a passing accident? Bill Cosby described how, when he was a child, his older brother died and he stood by the coffin thinking, "Just get up." It seemed crazy that his brother's death was irreversible. It just takes a second to alter everything. This is the power of the moment.

Suicide is the lethal collision of the power of time and the power of the moment. The wearing down of the mind—whose attachment to family and the prospect of happiness normally keep us bolted to life—weakens us so that our momentary bad judgment becomes irreversible.

A man who survived a jump off the Golden Gate Bridge spoke with NPR about the experience. He was, of course, depressed and suicidal. But, he said, the moment he jumped, he instantly regretted it. He knew immediately that it was a terrible mistake. He miraculously survived, but for most, immediately is just not quick enough.