No, this is not John Rawls: 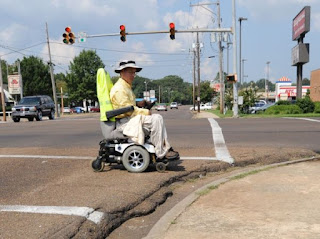 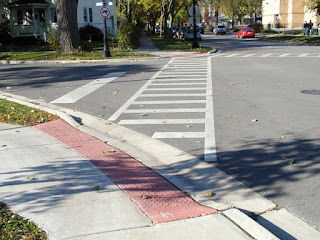 The foremost political philosopher of the twentieth century was born right here in Baltimore in 1921. John Rawls' philosophy is especially relevant in these times when so many government policies that were enacted to promote fairness and the common good are under attack.

Rawls said that we should decide upon what kind of society we want in the following way: Imagine yourself in a room with other people tasked with making up the rules and format of society. You are all under a "veil of ignorance," however: You know nothing about your identities—male or female, black or white, rich or poor, handicapped or not, brilliant or slow-minded. How would you then want society to work? Rawls called this the original position.

Rawls also endorsed the difference principle, which would ensure that (quoted from Wikipedia) "those with comparable talents and motivation face roughly similar life chances and that inequalities in society work to the benefit of the least advantaged."

People like Trump and his supporters believe, among other things, that government should spend the least money possible on public projects—essentially enough military spending to ensure our supremacy and not much else. Nearly everything else—from public beautification to potable water—should be cut so taxes remain extremely low. While this proposition is often defended on principles of frugality and freedom, here is what it would really do: turn the United States into a Third World country.

Third World countries are not defined by poverty; there is plenty of money in those countries. They are defined by inequality and the privatization of the common good. In Third World countries, a small sliver of the population has the wealth to provide for themselves the goods and services that First World countries' governments provide for all: security, infrastructure, safe food and water, beauty, nature. The wealthy have houses that are fortresses, with security systems and guards. They buy safe water. They fund roads that they themselves need. They go on vacation and hold land. They fly to Europe or the United States for medical treatment. The rest of society is left to fend for themselves. The roads are dilapidated, the communities filthy, the food and water of poor quality, the health care very basic.

The Republican hegemony in government right now is cutting school lunches while paying for Trump to maintain three "White Houses"—New York, Mar-a-Lago, and the real one. They are killing off the EPA (and planning on axing employees) while arranging additional tax breaks for the rich. The problem with our country isn't that we don't have money; it's that we have ceased to care about the common good.

Looked at this way, there are multiple reasons, even for the rich, to expand the public sector:

Second, it passes the veil of ignorance test. If, right now, you had to enter a lottery in which there was a ticket for every person in the United States showing their exact history, education, physical condition, and level of wealth or poverty—if in essence your life were randomly switched with another US resident—how then would you want society to function? You might end up as a middle-class person in Ohio; a wealthy Texas oil man; a white construction worker with chronic health problems; or poor black man in prison. Informed of the odds, knowing your likelihood of being assigned any of these lives, would you vote for more tax breaks for the rich, or would you vote for universal health care, green spaces in cities, school lunches, and prison reform?

Of course, you would have to know what life is like for other people. This is something many well-off people resist knowing. Studies show that wealthy people who live far away from struggling people tend to contribute to charities geared toward arts and higher education, whereas wealthy people who live close to poor communities contribute to food banks and housing and the like. There may be self-interest involved, but they may also simply be more familiar with the struggles of poor people.

Third, expanding the public sector means we are honest about something: our circumstances may change. The "life lottery" described above isn't simply a thought experiment—it's a real risk. The stock market could crash, we could develop a debilitating illness, natural disaster could destroy our homes, a cyberattack could debilitate our economy. We may individually fall, or a chunk of the comfortable class we feel securely part of could be sheared off like a glacier calving.

A small, unlikely image may best convey this reality: the handicap-accessible crosswalk.

The Americans with Disabilities Act (ADA) was passed in 1990 as a type of overarching legislation guaranteeing rights and protections, much like the 1964 Civil Rights Act. Among its provisions was that public services and spaces must be made accessible to those with disabilities (within reasonable limits). There was some hue and cry about the cost and "pampering" people—conservatives' eternal complaint when it comes to anyone but themselves—but the law was passed and accessible crosswalks and entrances became the norm.

It was when I worked for a publisher specializing in disability issues that I first ran across this truth: nearly all of us will at some time be disabled. We will break a leg or be recovering from surgery. We will walk with groceries in one hand and steer a baby stroller with another. We will walk alongside an elderly relative in a wheelchair. We will ourselves become that elderly relative.

This is the upside of the common good. We may pursue it because of our moral obligation to care for others. But we are part of the commons ourselves. Behind the veil of ignorance, we may allow for inequality: not everyone has to be a millionaire. But we would surely choose for a baseline quality of life for all.