The Most Wholesome Movie of the Year: Magic Mike XXL 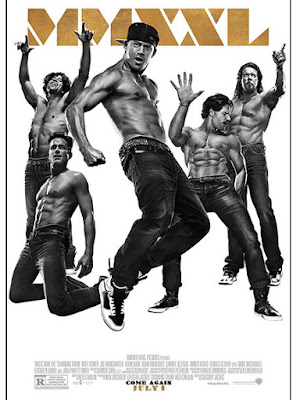 Coming home from Magic Mike XXL this weekend, my husband commented, "You know, it's really a very wholesome movie." I quipped, "Once you set aside the cussing. And the drug use. And the simulated sex."

But I knew just what he meant. MMXXL is unusual. It gets high scores for being positive toward women, and yay for that, especially on the heels of shooting of two women during a viewing of the feminist comedy Trainwreck this past week by a old, angry white man who had a longstanding hatred of "feminine rights." As the boys in the movie make their way to Myrtle Beach (Myrtle Beach!), they run into every type of woman: cool beach girls, young black women at a steamy club, rich older white women in a wealthy neighborhood. And every group is treated with respect and a sense of possibility: whatever new place they go, they as characters—and you as the viewer—feel that something good is on the way. And why not: In Mike's world, men and women are friends and comrades. There are no assumptions, no expectations of sex, no temper tantrums if sex doesn't happen, just openness and generosity and respect, toward others and yourself. 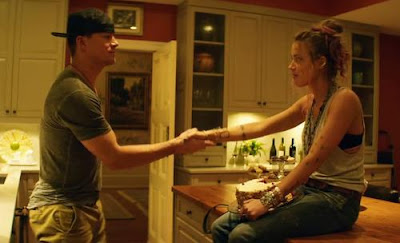 The movie's equally positive toward men. The guys at the center of the movie aren't perfect and they aren't generic. They're no better than they should be, but they're good-hearted and, underneath the bravado, grappling with their insecurities and trying to figure out how they can get from point A to point B in pursuit of their dreams. They're friends. Nobody's mean to each other or overly competitive. When Joe Manganiello's character fears that he's losing his touch, his friends challenge him to woo a grumpy convenience store clerk, leading to one of the best scenes in the movie as he dances his way around the condiments and sodas. And there are his friends, outside the store windows cheering him on. The whole scene is dirty . . . and very sweet.

Even better, the movie is sex positive. Hooking up doesn't make you a douche. Having sex is great, with no sense of shame for the women or ugly conquest for the men. The movie has a comfort with male beauty and the female gaze that is simply unprecedented. When the guys are dancing and stripping, there's no camp, no wink-wink at the audience like they know how silly it is. They are deadly serious about what they do. Which doesn't mean it isn't fun, only that they find the business of being sexy for women to be a straightforward and perfectly respectable endeavor, honorable even.

The plot is also unusual because it contains obstacles but not conflict. It's like a picaresque novel, in which the hero travels through society in pursuit of a goal, at each stop interacting with a different slice of society and revealing its vices and hypocrisies. The point of a picaresque novel is not character development but satire. MMXXL is kind of the reverse: The boys travel up the East Coast, interacting with different groups, and revealing the virtues and possibilities of each. Their characters don't develop—they're fine just as they are. But each stop on their journey reveals a new way in which people can connect and have fun together. The culmination of this might be the rich woman's house. When the boys come in, looking for a beach girl they met a few days earlier, they're sat down in the brocaded furniture by a group of older women who would, in any other movie, be reduced to an ugly cougar stereotype. How they inch from strangers to mates (in the British sense of the word) is great, culminating in the loveliest scene in the movie, where they sing "I'm in Heaven" together.

There's craft here. The dancing is great (and yay on including one of my favorite dancers, tWitch), and the writers find a way to bring each guy's personal passion to the final dance scene—a neat trick. It gives a satisfying arc to the movie and provides a lesson in authenticity, as the guys reject the worn stripper stereotypes (fireman, cop) and build new stage characters from the inside out. I have to say, too, that Channing Tatum is a hell of an actor. Just watch a scene where he's in the frame but not talking: he's looking around, making little distracted expressions, totally natural. I've seen Oscar winners who aren't as good at that. 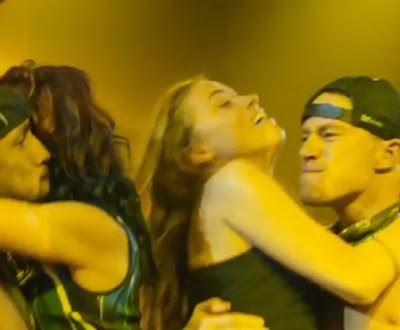