Jon Stewart Was Wrong—And So Was I

Back in the more innocent time of  2010, Jon Stewart held the Rally to Restore Sanity and/or Fear. The purpose of the rally was to bring right wing and left wing together to moderate the extremist rhetoric that had become ever more common in our public discourse. He wanted us to stop calling each other Nazis and terrorists and haters of America. I went to the rally; it was fun. People had cool signs.

Looking back, it feels ominous. Shouldn't we have been more disturbed that some of our best-known media figures felt the need to address this? Didn't it imply an underlying unease at what was coming across our airwaves? Didn't we want to assure ourselves that, really, we're okay, America is full of good people, we're fine, aren't we? Aren't we?

We're not fine and we're not good and we're not safe. This week a white 21-year-old planned and carried out the murder of a group of black people. At first I balked at the term "terrorism" to describe it because I think of terrorism as something committed by networks of people instead of individuals. But the truth is that the killer was part of a network, a network that has been growing year by year.

Terrorism grows when a group of people in society feel they are getting a raw deal. This raw deal consists of two things: economic stress and loss of political clout. They are angry and perhaps even humiliated. They want very, very badly to matter again. If they can't achieve that through normal means, abnormal means will do.

There is a portion of white America that is in psychic crisis over their identity and their place in this country. Year after year they have to hear about police brutality against black people; they are forced to observe the celebration of the civil rights movement. They are told that black people are good and white people are bad, and they HATE that because they know some black people, and they're not good at all, while they themselves are both white and good. They watch a black president get elected, even though they hate him. They didn't want a black president, but their voice, in the end, didn't matter. The country is changing and moving on, and they are being left behind and they hate that too.

What happens with this group of people? What do they do with those feelings of resentment and loss of status?

After Barack Obama was elected, sales of guns and bullets soared, a fact that some Republicans reported with glee. The ostensible reason was worry that Obama would enact gun control laws, but there was no indication that would happen. More likely: guns represent power. If you are armed, you can't be dismissed. You must be recognized. You automatically matter.

Way back in the 1980s the film Grand Canyon has a white middle-aged driver get lost in a ghetto. He is accosted by a group of scary black young men but a black middle-aged tow truck driver arrives to diffuse the tension. He appeals to the young man who seems to be the leader and urges him to let them go on their way. He treats the young man with deference and respect, and the young man asks him if he would have addressed him the same way if he (the young man) didn't have a gun. After a moment, the middle-aged man answers:

Middle-aged man: You don't have a gun, we don't have this conversation.
Young man: [pauses, smiles] That's why I have the gun.

That black punk, that degenerate, status-obsessed thug? He is Osama bin Laden. He is WWI Germany. And he is white right-wing America, right now.

There is another element to every successful terror movement: media.  Local newspapers were extremely important in the rise of anti-Semitism and Nazism in Germany, just as local radio was in the genocide in Rwanda and Burundi. Day in and day out, readers or listeners were whipped into a frenzy of disgust for others and self-righteousness for themselves. The constant onslaught of media brainwashing turned thousands of people who had been peaceful neighbors into sadistic killers. These are people who, not too long beforehand, greeted these same neighbors in the street, shared meals, shared gossip, lived together normally. They were—once—perfectly good citizens.

We have in American culture right now a media empire that is daily growing richer by nurturing the feelings of resentment, victimhood, and extremism that terrorism grows from. Fox News is not calling for white conservatives to kill their enemies. But they have found a formula to make money, by stoking feelings of disgust for others and self-righteousness for themselves, and if the cost of that cash cow is the spread of white right-wing violence, then so be it.

The killer of the members of Emmanuel AME Church in Charleston said that he was radicalized by the Trayvon Martin incident. But how is it possible that the acquittal of a white man of the shooting death of an unarmed black teenager should represent the oppression of white people and the taking over of America by black people? How is such thinking created?

It is created by Fox News and all media like it. For Fox News, Christians are an oppressed minority (though Ivy League colleges have never banned or restricted Christians from enrollment, no evidence exists of job, housing, or political discrimination against Christians); the terrorist attack of September 11 (carried out by a group of conservative religious fundamentalists) was the fault of "gays and feminists"; the drought in California is caused by liberals' acceptance of Caitlyn Jenner, the death of Trayvon Martin was a travesty of justice for white America, reporting allegations of Chris Christie's corruption is a sign of an unwanted "feminization" of American politics, up is down, black is white, yes is no.

Fox News and its right-wing extremism have poisoned our nation. It has fed the passions and delusions of a disgruntled minority with an attraction to the status-generating power of the gun. And to the Emmanuel AME killer, the shooter at the Holocaust Museum, and the gun fanatic at Sandy Hook, let me give you your due: You have gotten our attention. You cannot be dismissed. You inarguably matter. It is an incredible tribute to black America that the result of the Emmanuel AME killer's slaughter was not the race war that he wanted but yet another instance of black strength, forgiveness, and fortitude. White America will never be able to repay the debt that we owe to black America for its nonviolent struggle for justice. But no one should be asked for that much strength and forgiveness.

I hope that we begin to take white terrorism seriously in our country. We need to invest many more resources into investigating and monitoring those who present a risk to our nation. And we have to also admit that liberals alone cannot change our culture. Liberals tend to trust in time and progress, but things are deteriorating too rapidly for time to heal. And once a sense of grievance on both sides develops, reconciliation becomes almost impossible, as the Israelis and Palestinians tell us so eloquently with every new death. Conservative America has to find the moral strength to oppose the destructive lies of victimhood and scapegoating, to reform their own gun culture, and to turn the tide on this drift toward extremism. 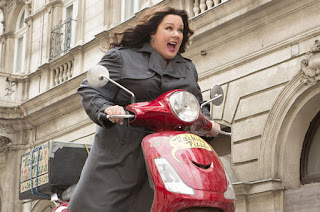 Magic in the Moonlight 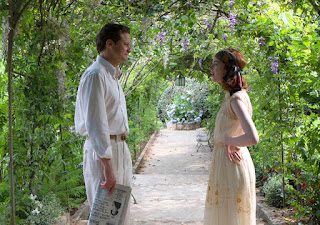 Plus it has Hamish Linklater, one of my favorite under-the-radar actors. 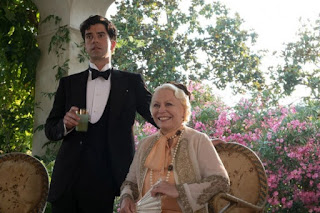 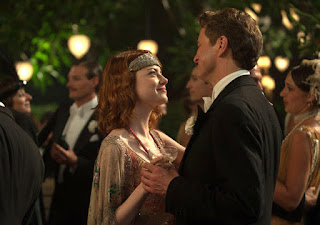 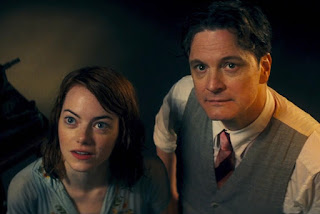