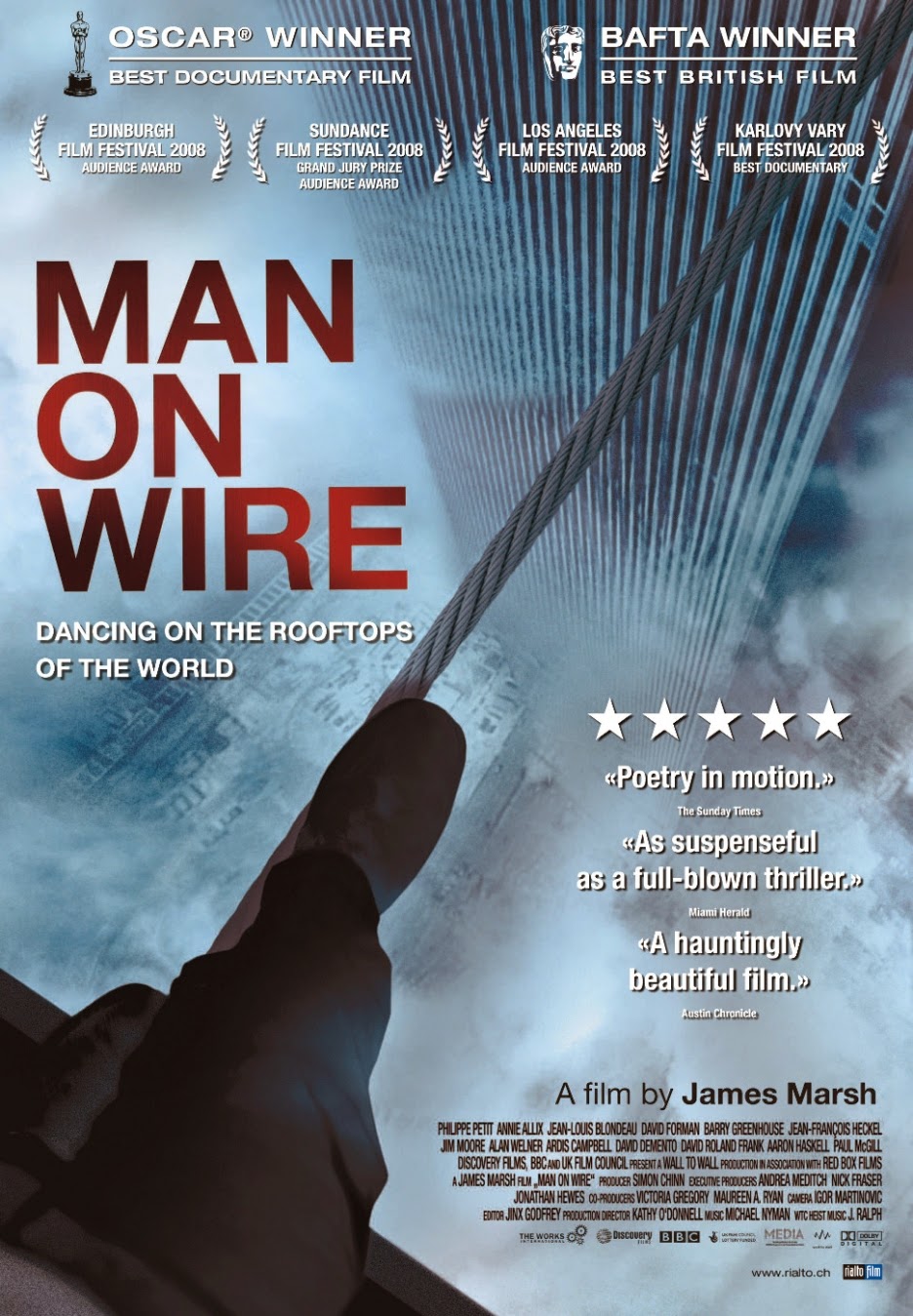 Nearly forty years ago, in August 1974, an amazing event took place. A Frenchman named Philippe Petit snuck into the World Trade Center in New York, had his friends string a wire between the two towers, and walked across it without a harness or any other safety device. I say "walked," but really he skipped, jumped, and otherwise cavorted in ways that no human should be able to.

This stunning act is related in the documentary film Man on Wire. Watching it all these years later, you sense that you the viewer, who is simply watching pixels and knows that Petit survived, is more terrified than Petit ever was.

Petit is making the rounds on radio and TV in anticipation of the fortieth anniversary of his achievement. He also has a new book out. But there is no substitute for watching this movie, which documents not only the walk but the incredible logistics involved in preparation for it. The WTC has become a symbol of great sadness since 9/11. This film is a chance to celebrate it in a moment of joy and wonder.
Email ThisBlogThis!Share to TwitterShare to FacebookShare to Pinterest