A few weeks ago I wrote about movie characters who appeared, for a significant chunk of the movie, in at least two different eras in their lives and made those two selves specific and convincing. Here are the two movies that I think do this best of all: 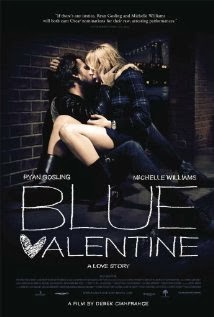 Blue Valentine: Ryan Gosling and Michelle Williams portray characters at both the beginning and end of a relationship. 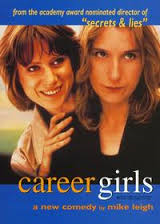 Career Girls: A strange but masterful film by Mike Leigh about two college students still forming themselves as people and their meet-up many years later. Like all Mike Leigh films, the naturalistic acting makes you realize how stylized most movie acting really is.