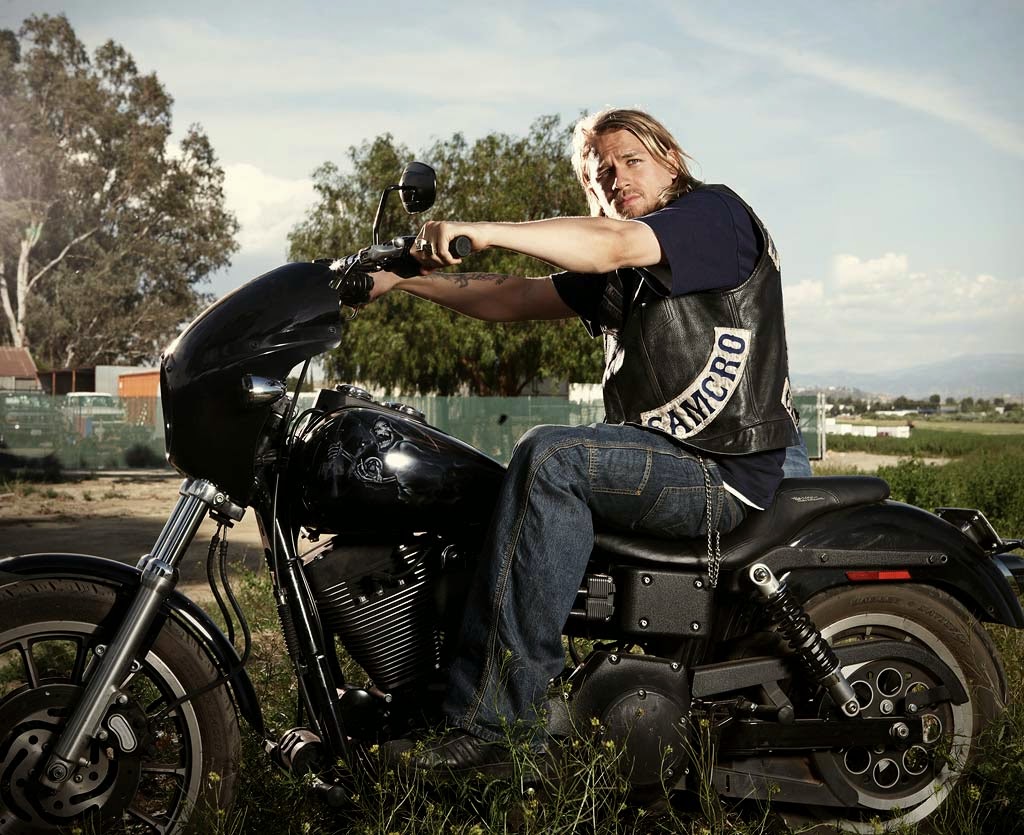 Convalescing with a fractured arm this week, I finally caught up with the series Sons of Anarchy, which I've been intending to watch for approximately the last four years. I was ready to confess to my own hypocrisy in loving Jax Teller and some of the other characters, despite the fact that they are mostly worse than Breaking Bad's Walter White, whom I loathe. But here's the thing: Jax and the other bikers are straightforward about who they are. They don't deceive and set up the people closest to them. They don't wage psychological warfare with the people they claim to love. And although both series have a fairy-tale aspect to them, with the scripts manipulating events just so so that the antiheroes escape the worst moral approbation, Jax is at least legitimately likable as he is. I hated even the original, "good" Walter White, who was a hypocrite to his alleged friends, secretly despised his brother-in-law, and brought exactly nothing to the lives of those around him. You don't have to be an ATF agent or pharma millionaire to be a worthwhile human being and to win the admiration of those around you, but that's what Walter White believes. Wanker.