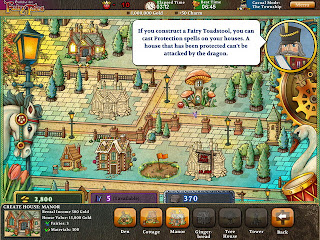 Most kids computer games have basic, blobular, Care Bears-type graphics. So I was delighted to buy Build-a-Lot Fairy Tales yesterday and see the beautiful children's picture book-type graphics in it. It's really one of the loveliest games I've ever seen.

Like the other great 19th-century realists, George Eliot excels at rendering the subtle bits of thought and emotion flitting through her characters' head. What further distinguishes her is how she analogizes these in memorable images:

Of Sir James's idea of masculine superiority, which would triumph over any unpleasantnesses that his future wife might bring to their marriage:

"Sir James might not have originated this estimate; but a kind Providence furnishes the limpest personality with a little gunk or starch in the form of tradition."

"His efforts at exact courtesy and formal tenderness had no defect for her. She filled up all the blanks with unmanifested perfections, interpreting him as she interpreted the works of Providence, and accounting for seeming discords by her own deafness to the higher harmonies."

The rector dismissing the idea that he could influence Mr. Brooke to oppose Dorothea's marriage to Casaubon:

"It would be nonsensical to expect that I could convince Brooke, and make him act accordingly. Brooke is a very good fellow, but pulpy; he will run into any mould, but he won't keep shape."

The neighbors' assessment of Casaubon:

"He has got no good red blood in his body," said Sir James.
"No. Somebody put a drop under a magnifying-glass and it was all semi-colons and parentheses," said Mrs. Cadwaller.

And finally, in a lovely meta-statement, on Casaubon's surprise that marriage did not bring him happiness:

"Poor Mr. Casaubon had imagined that his long studious bachelorhood had stored up for him a compound interest of enjoyment, and that large drafts on his affections would not fail to be honored; for we all of us, grave or light, get our thoughts entangled in metaphors, and act fatally on the strength of them."
No comments:
Email ThisBlogThis!Share to TwitterShare to FacebookShare to Pinterest 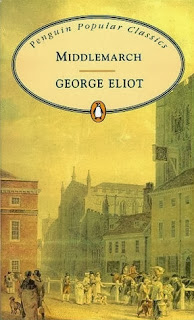 Hard to get through a novel of this length when you're highlighting every other paragraph.

The Loss of Autumn

Fall always makes me think of the song "Every Season" by Nichole Nordeman. It's one of my favorite sad songs, though it's a song of hope too. Thinking of a friend today who experienced a loss, we can only take comfort in the inevitability of loss and the hope for renewal one day.

Every Season, by Nichole Nordeman

Every evening sky, an invitation
To trace the patterned stars
And early in July, a celebration
For freedom that is ours
And I notice You in children’s games
In those who watch them from the shade
Every drop of sun is full of fun and wonder
You are summer

And everything in time and under heaven
Finally falls asleep
Wrapped in blankets white, all creation
Shivers underneath
And still I notice you when branches crack
And in my breath on frosted glass
Even now in death, You open doors for life to enter
You are winter

And everything that’s new has bravely surfaced
Teaching us to breathe
What was frozen through is newly purposed
Turning all things green
So it is with You and how You make me new
With every season’s change
And so it will be as You are re-creating me
Summer, autumn, winter, spring

I had the privilege of traveling to beautiful Iceland this past week. 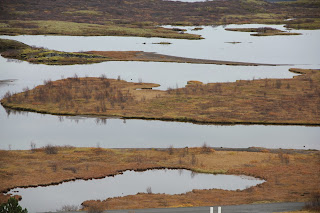 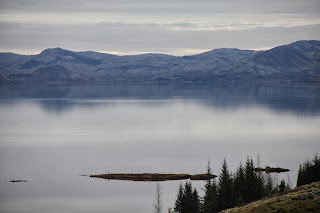 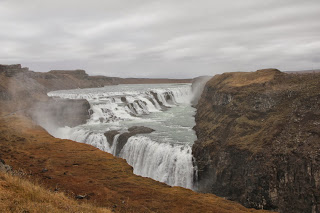 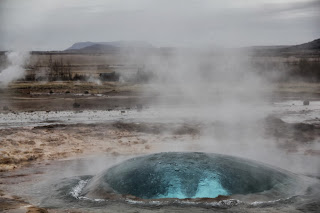 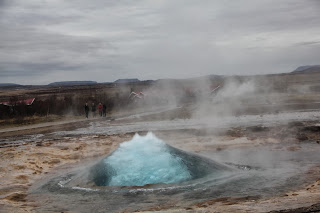 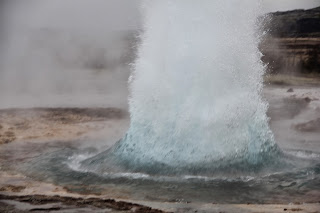 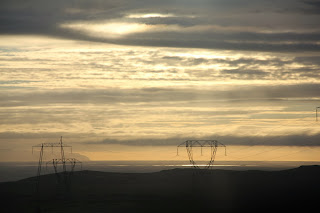 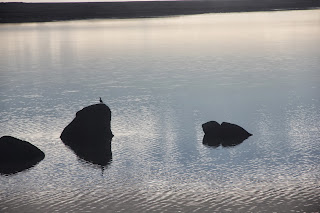 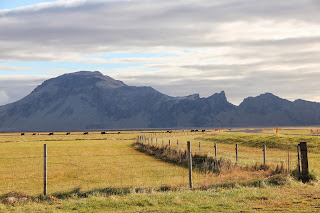 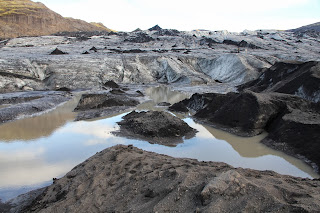 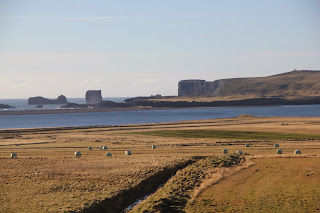 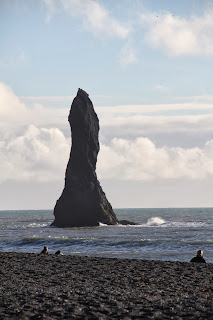 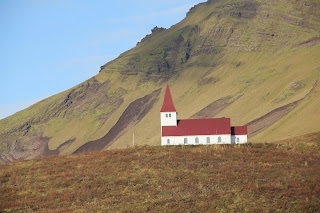 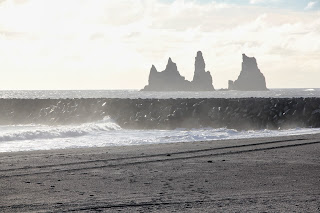 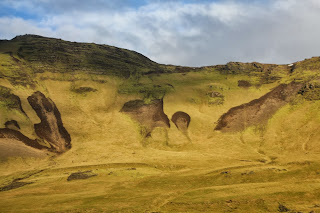 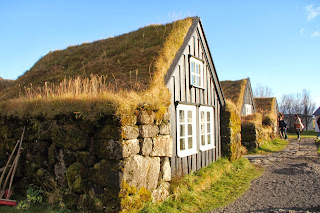 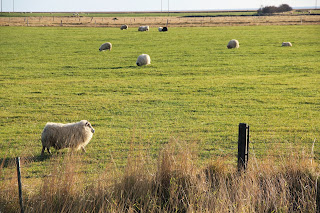 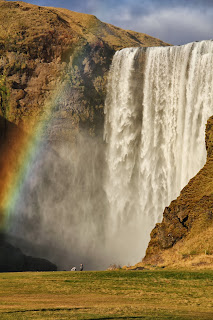 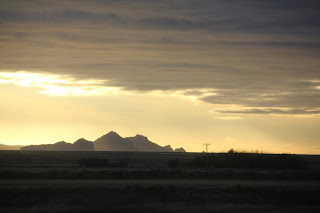 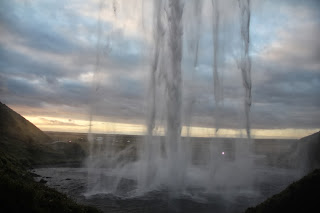 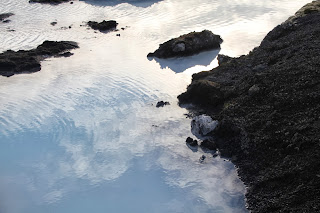 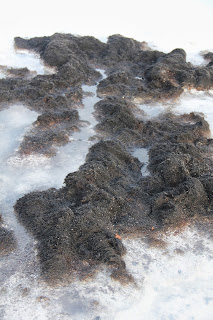 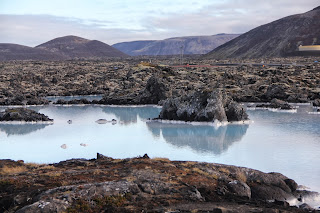 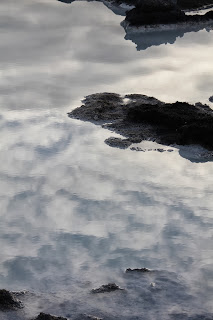 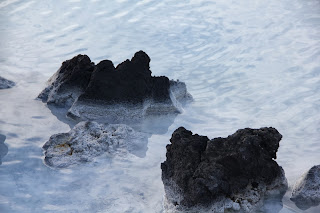 A channel called WealthTV recently popped up on our cable menu. Among its many awful shows is a travel show called "Travel in Style," which features luxury hotels from around the world. The production is super cheesy: The narrator talks in a stilted manner with a touch of Stephen Hawking. The video is subpar. And the whole thing conveys a horrible sense of insulation and privilege. But Jay likes to watch it because he likes travel shows.

The episode we watched last night was on a safari outfit in Botswana. As with other episodes, the narration emphasizes how truly happy the natives are to serve you. The viewers are reassured time and again that, sincerely, the employees' only interest is in making you happy. The Botswana episode showed the wealthy young couple being driven around in a Jeep and making a stop at a little building where the local residents sing them traditional songs. They are actually called something like "these happy, simple people."

But my favorite part of the show was when they were describing the rooms at this safari hotel. After showing several luxurious features, they show a woman paddling around in a small pool, like an oversized Jacuzzi attached to her room. The narration explains: "And after a long day, you can slip into the plunge pool and look out over the hippopotamus-infested marshland."
No comments:
Email ThisBlogThis!Share to TwitterShare to FacebookShare to Pinterest

Considering the long history of young women writhing around sexually in music videos and live performances, it's hard to understand the outcry against Miley Cyrus for her VMA performance with Robin Thicke. A lot has been said about the double standard, how Miley was perceived as demeaning herself but Robin wasn't. But that's just business as usual, men's sexuality being accepted and women's being judged.

What perplexed me was why this performance, as opposed to all the other sexual choreography by female performers over the years, was seen as particularly degrading for the artist. So much so that, the day after, talking heads of every stripe, from CNN anchors to late night commentators to Nigel Lithgoe (from So You Think You Can Dance) made reference to it as a sad, desperate act of a sad, desperate girl. More recently Sinead O'Connor wrote a worried open letter to Miley, allegedly a motherly warning but in reality a public dressing-down in which she says Miley "prostitutes" herself.

Every one of these criticisms may have a basis in reality. I tend to think not, but it's a complex thing. Rather my issue is why these criticisms erupted with such ferocity for this performance and not others. The so, so many others that are equally explicit and sexual. Even performances that were talked about for their daring, like Madonna's infamous crawl across the VMA stage in a bride's dress all those years ago, were scolded for their bad taste or nefarious influence on the young, not because they expressed a fundamental desperation or psychological sickness on the part of the performer. No one said, "Oh, poor Madonna. What's happening to her?" Or "Oh, Britney; why do you feel you have to prance around half-naked with a python? It's so sad." (The sadness of her later breakdown is another thing.)

I think those earlier performances were celebrated rather than tut-tutted over because they made sense in our culture: They were women being sexy. Britney's nearly-nude python performance is justly famous because it was so incredibly sexy, almost an archetypal performance of a certain highly valued sexiness. Her hair is beautifully blond and long. Her makeup is dewy and alluring. Her body is perfect and displayed in a way that communicates an accepted ideal of exotic eroticism, wearing a skimpy jungle bikini adorned with gold jewelry. And her manner is what we associate with sexiness: coyly curved body, come hither eyes, looking up smokily through thick lashes.

Miley's performance, on the other hand, was something entirely, entirely different. She wore a nude one-piece, crazy makeup, and punk hair. She jumped around like a cheetah, with hard angles, bent limbs, no sinuous snake she. She sticks her tongue out—not in a slow luscious lick around her lips but like a wild animal or frat boy.

Maybe here's what was so disturbing to the world about Miley's performance: She was sexual, but not sexy. She was displaying her body, but not performing a striptease. Her hair was wound up in little pig-buns, like a cross between Bjork and Princess Leia, not flowing in long locks. Her energy was wild and free, not alluring and sensual. And that left us wondering: Why the hell is she doing this if she's not going to be sexy? It just makes no sense. There must be something wrong with her.

The word that comes up a lot with Miley's performance is "misguided." As if her performance were a an attempt gone wrong at "guiding" herself toward Britney-style popularity. But what if that python perfection is not her goal? After all, Britney's attainment of nubile goddess-hood didn't serve her very well in the long run. Yes, Miley could go other ways: dressing conservatively, swaying gently as she sings. But that's not her; why should that be her only choice?

There are other odd aspects to the Miley bashing as well. She is criticized for appropriating black culture, which makes absolutely no sense to me in an American pop culture that is so, so widely based on black culture. Almost the whole of pop music is rooted in African American inflection and vocalizing, and nearly every pop performer (God knows Robin Thicke) is steeped in those traditions. Twerking isn't that different from the grinding women have been doing at clubs (and wedding and bar mitzvahs) for years. And she's seen as trying to prove that she's not Hannah Montana anymore, when I'm sure she is way past that. It's us who can't get past it.

Miley is actually just being herself at 20. But we can't seem to make sense of what that is: someone who could be a Britney if she tried but keeps not being it.
1 comment:
Email ThisBlogThis!Share to TwitterShare to FacebookShare to Pinterest