The Difference between a High Voice and a Stupid Voice

I'm a huge fan of the reality competition show So You Think You Can Dance. (Terrible title, but great show.) The talent is unbelievable, and it's the only place on TV to see contemporary dance with innovative choreographers. 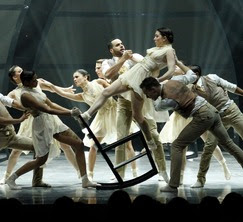 One of the many pluses of the show is the judging panel. Unlike so many of the American Idol judges over the years, the SYTYCD judges actually seem to enjoy the art form they're judging. And they have all been dancers and know their stuff. They're kind, insightful, and have a real sense of enthusiasm about what they're doing.

The first judge is Nigel Lythgoe, who is the executive producer of the show. In early years he was more cutting than he is now; I like how he has eased up and enjoys even the amateurs during the audition process. He tends to focus more on the dancers' personalities and chemistry, which I don't always like; it's subjective and sometimes he's criticizing something that the dancers don't have much control over. But again, he's improving in this regard, making fewer remarks about the girls' sex appeal and complaining less about the guys dancing with their shirts off.

The third judge is always a guest judge. Usually it's someone in the biz, like the delightful Adam Shankman or Debbie Allen. This season they've had some guest judges who don't have a lot to add, people like Christina Applegate or Anna Kendrick who are mainly known as actors. Every once in a while the third judge is someone who isn't primarily known for dance but has a strong and informed point of view, like Lady Gaga.

But the second judge is my favorite: Mary Murphy. She's a former ballroom dancer and always has interesting things to say. She usually references particular steps or moves during the performance, points out technical things like the lines of a dancer's toes or how someone holds their wrist, and gives the viewer an appreciation of what is particularly difficult in a routine, which is helpful for those of us without a dance background (e.g., "That was an unbelievably fast samba," "You have to have such strength to make that turn and then go directly into that lift"). She's generally the only judge whose comments I listen to in full (I DVR the show, so I fast forward a bit through the other judges' comments). 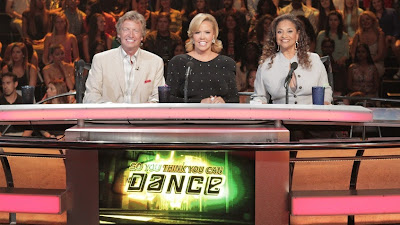 So I was momentarily shocked to read Entertainment Weekly's blurb for the show in their What to Watch section:  "The top 10 are paired with all-stars. Mary Murphy continues to be paired with a tenuous grip on reality." I say "momentarily shocked" because, although the comment has no basis in the reality of the show, it's typical of the trouble women have in pop culture. Mary Murphy is in her 50s, which means that she's in that tricky spot where she's just old enough for people to rag on her looks (she's quite pretty but not taut like a twenty-year-old) but not old enough to be outside the realm of physical evaluation or comparison altogether. She's also sometimes loud (she likes to put good dancers on the "hot tamale train" complete with loud woo-woo). And she occasionally weeps when she finds a routine moving.

Unfortunately, all of these things put her at risk for dismissal in our culture. When EW says she has a "tenuous grip on reality," it's clearly likening her to Paula Abdul, another reality competition judge of a certain age who shares several traits with Mary Murphy. But Paula Abdul really does blather on as a judge; Mary doesn't. No matter; the feminine aspects of her demeanor—the enthusiasm, the high-pitched woo-woos, the tears, maybe even her makeup and slightly sagging skin—act as a cloak, making it impossible for some viewers to perceive her actual words.

Zooey Deschanel recently wrote something that's become a kind of rallying cry for women interested in this sort of thing. It's like a mini feminist manifesto for the twenty-first century: "Don’t let someone steal your tenderness. Don’t allow the coldness and fear of others to tarnish your perfectly vulnerable beating heart. Nothing is more powerful than allowing yourself to truly be affected by things." She's talking about the continual devaluing of the feminine in our culture, and we have to keep talking about it. Until we stop mistaking enthusiasm for ditziness, a high-pitched voice for a stupid voice, emotion for irrationality, women will never get their due as performers, workers, or fans.