Upstream Color is a highly acclaimed indie film by Shane Carruth. It's a strange one: lots of odd things happen, half the time you don't know what's going on, and it's slow as . . . I was going to say molasses but perhaps "orchid growing" or "parasite infiltration" would be more accurate. If you have a liking for Terrence Malick, you'll probably like it. 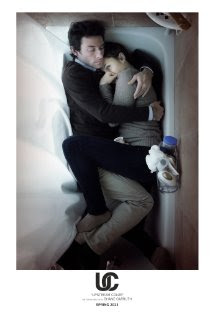 I have to admit that I like having seen the movie more than I liked watching it; it was kind of torturous to watch (for several reasons) but great to reflect upon. I have occasionally watched an entire film on fast forward with captioning on (I watched Dead Calm this way), and that might work here. The film's only 90 minutes long, but it's a slow 90 minutes.

Reading this blog post on Slate about the film (after watching it, natch) was invaluable.