Have you noticed how often comics like Jon Stewart and Stephen Colbert make jokes about this? It's become a thing, and people laugh every time. But even as I'm laughing, I'm thinking, "Why am I laughing??" Do we think it's so preposterous that it's funny? No, that's not it. . . . It's more like we're congratulating ourselves for knowing what's coming and being all mature about it.

The China anxiety comes through in literature too. Neal Stephenson writes about a future in which China is at the center of the world in The Diamond Age, and there are lots of other novels that give China and its people a place in their imaginative worlds that is prominent and equally significant as the Western world (Cloud Atlas, Reamde).  These writers are taking us into the future to show us a world in which we aren't the stars, in which our culture is marginal, and a big old Other is where the action is. Even Reamde, which takes place in the kind-of present, shows us a China that is as vibrant, whose people are as individual and psychologically rich, as we are. It's a good thing, but it does strike me as a nice little lullaby: "There, there, see . . .  they're not monsters . . . they're just like us. Everything will be fine."

The apocalyptic novel has arguably been the most vibrant form of fiction for the last ten years or so. Maybe people like me feel a sense of vulnerability about our country that was completely missing from the time of my childhood. But novels like The Road, The Passage, and World War Z strike me as psychological trial runs for a scary future. 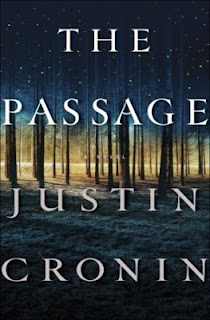