There are two films inside The Hobbit, battling for supremacy. This is the one I was hoping for: 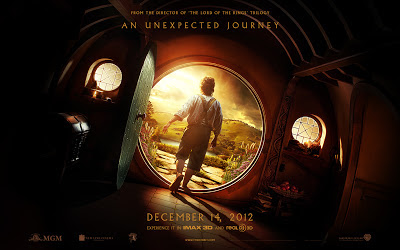 And this is the one I mostly got: 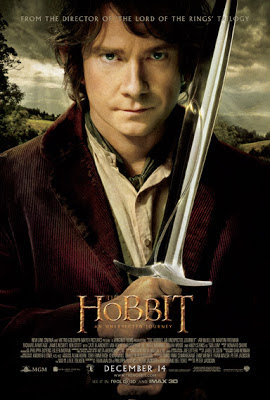 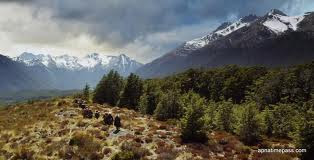 And the spectacular deeps of Middle Earth lit with fire: 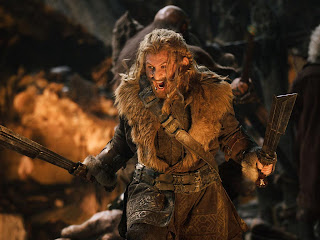 And the bulging, grotesque, fearsome opponent: 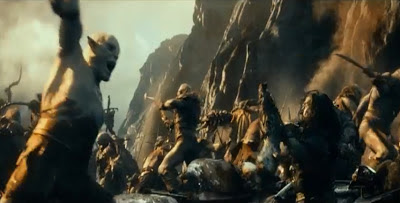 This would be a problem even if the movie was faithful to the source material, but of course it isn't. You can see that Peter Jackson has attempted to incorporate some of the charm of The Hobbit in shots like these: 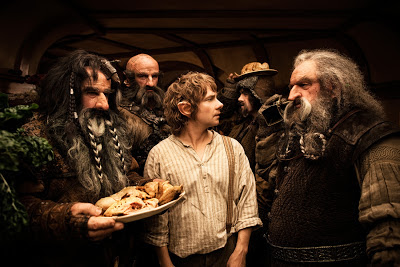 In the humor of the troll scene:

And in Martin Freeman's admirable turn as Bilbo: 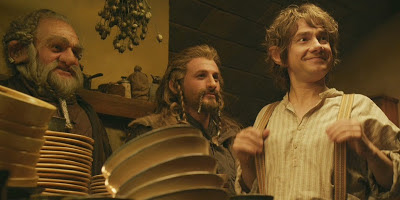 But it's not enough, not nearly enough. Because what he did was essentially start with the Lord of the Rings template, and then append to it moments of charm or humor. If instead the movie had been imagined from the ground up, as something fundamentally different than LOTR, it could have really been something.

All of this is essentially a fan's problem, though—I wanted the movie to capture more of the feeling of the book and it didn't happen. A bigger problem is the movie's weaknesses as a movie, not just an adaptation. An easy target is the set design, which often looks more cheap and fake than some videogames. I disliked Jackson's rendering of Rivendell even in The Fellowship of the Ring, but it's never looked worse than here: 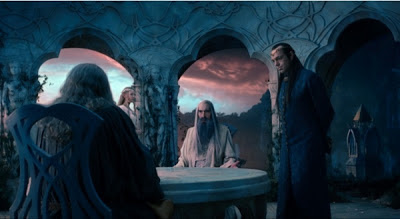 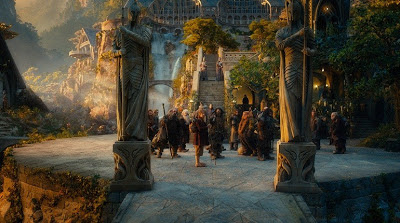 Then there's the dismal storytelling. There are many individual shots in The Hobbit that are spectacular: the showdown in the trees, the goblin kingdom—scenes of great beauty and power in and of themselves. But you can't have a movie that is nothing but great scenes. The movie is too heavy. Every scene is packed with drama or charm or grandiosity or danger or poignancy or whatever it is that is being picked from the a la carte menu. There's no filler. As I said to my viewing companion, it's as if every minute of the movie has a soundtrack. There are five or so musical themes (drama, charm, grandiosity, danger, poignancy), and every minute of the film must be assigned one of them.

The heaviness is a textural problem because it's boring to stay at the same level of intensity throughout. Moments of lightness (Bilbo in the Shire) and potential slowness (Bilbo in Gollum's lair) are cut away from so quickly or frequently that you never adjust, never start to feel immersed in a different, slower rhythm.

Even worse, at some point the grandiosity and poignancy start to feel unearned. I remember distinctly feeling this for the first time in The Two Towers. Early on Aragorn is presumed lost in a battle, as his stunned friends watch him fall over a cliff. They return to the castle, but shortly Aragorn is seen waking up in stream, getting up, and making his way back to the castle. In a beautiful shot, he comes up to the massive doors of the castle and puts all his remaining strength into pushing them open, upon which his friends and allies rush to greet him in amazement. It's a great shot. Filmmakers like Peter Jackson have really learned how to film monumental moments and vistas like this. But Aragorn's journey took all of  . . . two, three minutes of screen time? We didn't experience a long, arduous journey, nor a castle's grief at his loss. These are summarized in the visual image of the doors; the monumentality of the door scene replaces the actual journey rather than serving as the capstone for its portrayal.

Perhaps Jackson is afraid to bore us by portraying Aragorn's trudge back to life. Or perhaps he's a sucker for these great shots and can't bear to cut any of them, despite their lack of supporting structure. But this replacement of earned emotion—earned through the time spent on a journey or time spent with a character, and replaced with a visual summation—is a shortcut that Peter Jackson turns to more and more often. The visuals ask us to feel wonder, but the story hasn't taken us there.