One critic claims so, and I'm not sure about that. But I do know that he is amazing as Kurt Wallander. I'm late to the Masterpiece Mystery game on this one, but I read some Wallander novels long ago, and I can't imagine a better actor for the role.

Example: A man comes out of a trailer with a shovel, smacks Wallander's partner on the head, she drops, and Wallander looks up in shock at the man, still holding the shovel, a little bit in shock himself. Wallander looks at him wide-eyed for a second, and says "Drop it."

I'm sure many an actor would have delivered that line with a fierce "Drop it!" But Branagh says it quietly and yet utterly convincingly. He's a pro. 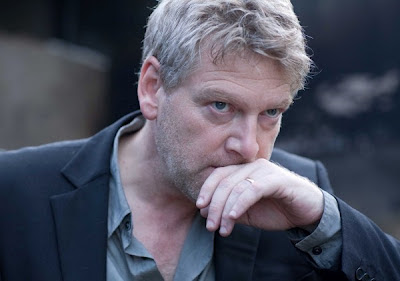