How to Write a Language

I'm so impressed by those authors who undertake not only the creation of a specific literary world but of a language as well. The best example I know of such a thing is David Mitchell in Cloud Atlas, in which he creates not one imaginary language but three or four, each one as convincing as the last.

Another example is a novel I just discovered, a YA novel called The Knife of Never Letting Go. Teenager protagonist, check. Post-apocalyptic nightmare, check. But this one is special, because humans have had their thoughts rendered audible to each other. They walk through their days surrounded by Noise, the accumulative inner monologues of everyone around them. They try to fight off the constant racket while angling to keep some privacy for themselves. The way the author renders this is really impressive and creative. 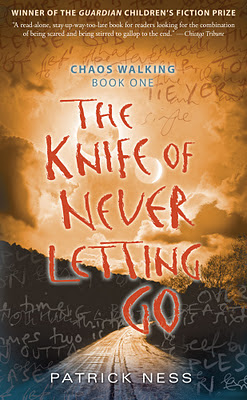